A Botox Procedure for Poker Face? 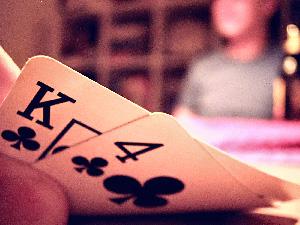 Cosmetic procedures for men been on the rise lately, so why not a Botox procedure aimed at the traditionally male-dominated world of poker? That seems to be the reasoning behind a New York doctor offering Pokertox to help poker players retain their solemn expressions during games. However, it seems that even the poker players themselves think that Pokertox is a lousy idea.

How would it work? It’s quite simple. With this procedure, the surgeon would use Botox and facial fillers (like Juvederm) to enhance a gambler’s poker face. To succeed in poker, it is important to be able to hide facial emotions, since unconscious signals known as tells can reveal information about the player’s hand. Botox is a cosmetic treatment that works by inhibiting targeted facial muscles.

While it is normally used to allow other muscles to stretch away the appearance of wrinkles, Dr. Jack Berdy believes that Botox can also be used to reduce the appearance of unconscious tics. Unfortunately for Dr. Berdy, the response from poker players has been less than positive. Josh Hale, who competed on the World Poker Tour, told the Huffington Post that the game has moved on from bluffs, and is more analytical these days. Players might look at physical tells, but they are relying more on betting patterns and bet sizing.

Besides the changing nature of the game, says expert player Jay Melancon, you also have to think of the costs versus returns. You’d have to play in very high-stakes games to make it worth it, and if you have a tell that is that obvious, you shouldn’t be playing in those games. As well, the ubiquitous hoodies and sunglasses at poker tournaments make these subtle tics often impossible to distinguish.

As a marketing gimmick, Pokertox is certainly attention-grabbing. However, as a cosmetic procedure, I wouldn’t bet my money on it.